Everybody Knows But Not Everybody Gets It 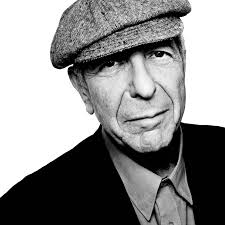 The poor stay poor, the rich get rich
That's how it goes
Everybody knows    (Leonard Cohen, Everybody Knows)


Last weeks publication of the Panama Papers, a leak of more than two terabytes of documents detailing the creation of off-shore shell companies and their dubious financial transactions only provided us with the details of what everybody knows: the rich don't play by the same rules as you and I when it comes to paying their fair share of taxes.  Tell us something that we don't know.

Nevertheless, heads have begun to roll.  Days later the people took to the streets in Iceland and the Prime Minister was forced to resign.  Those pesky Vikings.

Somehow, I don't see the same thing playing out in Russia even though hundreds of millions of dollars were paid to one of  Russian President Vladimir Putin's closest friends and confidents.  As you can easily imagine, taking to the streets in Moscow is a much different affair.


Related Posts
The Time Has Come For America's Next Great Generation To Make Its Mark
America's Quiet Revolution
Bernie's Plan B: Run As An Independent

Here in North America, we simply shrug our shoulders and continue going about doing our business.  Most of us don't give it a second thought while we dutifully fill out our tax forms that determines how much we owe or the government owes us.  But we should.

For the last forty years, we have been subjected to the neo-liberal rhetoric, telling us that we have been living beyond our collective means, that we have to become more productive (do more for less pay), and that we must be prepared to take more individual responsibility for our lives.  During this same time period, the standard of living for the middle and lower classes has dropped significantly while the top one percent of revenue earners has continued to increase their take of the national income.

You would think it would be a relatively simple task of connecting the dots between lower taxes on the rich and corporations, moving manufacturing to low wage, low regulatory foreign countries, and funneling profits to off shore tax havens so to escape higher domestic taxes in order to see the emerging pattern for the population at large in North America is one of getting screwed.  The proposed Trans Pacific Partnership, for example, a deal that both Canada and the United States agreed to before releasing the details of the accord to the public, is just the latest instance of the super rich using elected governments to advance their personal interests at the expense of those who cannot move their assets and change their income sources at will, the so-called 99% of the population.

Considering that the United States is presently witnessing a presidential campaign in which the stakes of the election include the possibility of electing a candidate, Bernie Sanders, who would make it his business to put an end to the corporate domination of the political sphere in the US, you would think that much more of the electorate would see this election as a once in a lifetime opportunity to reign in the powers that care little for its well being.

Saldly, this is not the case.  What is unfolding in the American main stream media is an unparalleled smoke and mirror show designed to divert the electorate's attention away from the real issues that should be the focus of attention of the political debate.  Most of the media attention is focused on the outrageous performance of Donald Trump, a loud, boorish man of wealth who seems intent on showing Americans how stupid they really are because, left to his own devices, he could become the Republican candidate for the office of the President of the United States.

Do Americans really want to have a man who announces that he is going to build a wall between the USA and Mexico and will get the Mexicans to pay for it as the Commander and Chief of the most powerful military force in the history of humanity?  I don't think so.

Indeed, the narrative that the corporate-owned media is spinning raises the spectre of having a buffoon running the country, thereby paving the way for their preferred option, the former Secretary of State, Hillary Clinton.  Much to their chagrin, however, the democratic socialist candidate, Bernie Sanders, has an outside chance to upset Clinton and win the Democratic Party's nomination, in spite of the overwhelming bias of their reporting in favor of Clinton.  Such a result would constitute a serious setback at the corporate sector's insatiable appetite for ever-growing profits.

What is truly amazing is that Trump is able to reach out and gain the support of the disenfranchised members of the white underclass, while Clinton is doing the same in the minority underclass.  Simply put, this large segment of the electorate is focused on identity politics and can't see the forest for the trees when it comes to the real issues that affect their well being.  Economic concerns should be front and center, but unfortunately the race card is being played so that both segments will not embrace the candidate who would most probably do the most for their benefit.

Seeing that so many Americans are incapable of critical thought and are easily swayed by emotional appeals to their base instincts, it seems unlikely that a populist candidate like Bernie Sanders could become President of the United States.  There's just not enough well-educated Americans who can connect the dots in order to change the tide of their nation's recent history.