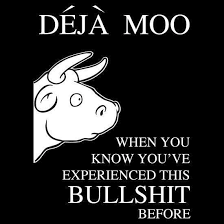 Well, the Democratic primary in New York has come and gone and Hillary won.  What a surprize!!!  Tens of thousands of people flock to see Bernie Sanders live compared to the couple of hundred who attend Hillary's event.  Yet, Hillary wins going away.

Do my eyes deceive me?  No.  It's just another case of using the rules of voting to gain advantage.

In New York, the primary is closed, meaning that you have to be registered months in advance as a Republican or a Democrat in order to vote in the primary.  All the independents and all the recent converts to Bernie's cause were shut out.  Imagine that.  And to add insult to injury, more than a hundred thousand registered Democrats in Brooklyn, Bernie's home town, had their names mysteriously vanish from the voters' list, a troublesome occurrence to say the least, causing the state's comptroller to demand an audit of the Elections Board, a classic example of too little too late since by the time the investigation wraps up, Hillary will probably be in the White House.


Related Posts
Everybody Knows But Not Everybody Gets It
Bernie's Plan B: Run As An Independent
America's Quiet Revolution

Different day, same old bullshit of voter suppression.  In Arizona, they reduced the number of voting stations, forcing people to stand in line five hours or more in the dessert heat if they wanted to vote.  In both cases, these voting irregularities swayed the results in favor of Hillary.

So, what is playing out in the Democratic primary is a grass roots movement, primarily made up of young people, challenging the system by mobilizing with great force to demand fundamental changes to the American political economy, and the old guard that uses its control of the voting procedures to engineer a result that is more favourable to their interests.  If I were a betting man, I would place my money on the old guard to win this contest.

Given that this electoral contest has been rigged in advance, I think its just a matter of time that this wave of progressives come to the realization that to get to the place they would like to go, they just can't get there from here.  The way is blocked.  The rich are not going to let the population at large vote away their wealth, and the two party political system is set up to protect the status quo at all costs.

In the end, it all depends on how Bernie is going to react to his defeat.  Will he accept the bitter result or will he say, "Fuck this", I'm going to run as an independent"?

I think it would be a historic move that would bring to an end the two-party political system in the United States.  Surely, the specter of Donald Trump as President will be used to encourage people to choose the lesser of the two evils: the more popular (Hillary) of the least popular presidential candidates of the major parties since records have been kept.

It won't be until the summer before Bernie makes his decision, and in the meantime I guess I'll have to sit tight and watch this pathetic rerun of an electoral script to see if there will be a surprize twist to what appears to be a predetermined ending, bought to you by the good people of Corporate America.
Posted by Brian Gibb at 9:15 AM