The New Empire Is American as Apple Inc. 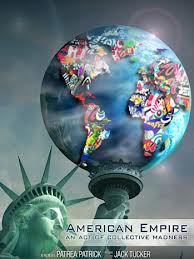 In his influential blog post, Empires Then and Now, the former associate editor of the Wall Street Journal, Paul Craig Roberts, muses about the nature of the New Empire.  According to Roberts, "the New Empire is different.  It happens without achieving conquest . . . In the New Empire success at war no longer matters.  The extraction takes place by being at war."


In other words, the rules of empire have changed.  Previously, as explored in the aptly named book, The Rules of Empire: Those Who built Them, Those Who Endure Them, and Why They Always Fall, Timothy Parsons maintains that "Empires needed permanently exploitable subjects, not rights-holding citizens to remain viable."
But as Roberts deftly points out, "Washington’s empire extracts resources from the American people for the benefit of the few powerful interest groups that rule America. . . The American empire works by stripping Americans of wealth and liberty." Effectively, the boundary between citizen and subject has become blurred.


To push Robert’s analysis just a bit further based on my reading of The Rules of Empire, rights-holding citizens in America have, for the most part, lost the advantages that citizenship traditionally bestows within an empire and have become permanently exploitable subjects.  In short, it is the hard-working, tax-paying American who picks up the bill for the Wall Street Bailout and the continued funding of the monstrous military-security complex.  On the one hand, he or she has become the guarantor of his own economic exploitation; and on the other, he or she enables corporate America to behave as if their corporations were incorporated on the moon, thereby absolving them of any social responsibility to any terrestrial inhabitants, including those in the United States of America.

Essentially, by extending America’s military might around the world -- more than 1000 strategically-located military bases – the American taxpayer creates the means by which Corporate America can rule global trade indirectly.  Without America’s military might the rules of commercial exchange would not be so favorable for corporations owned and directed principally by Americans.  This explains why a financial transactions tax, sometimes better known as the Robin Hood tax, has yet to be implemented in any meaningful way.

One might expect that the average rights-holding American citizen would ultimately benefit from such an arrangement, this is not the case, unless the said rights-holding citizen happens to be a chief executive officer of an American-directed multinational corporation -- like Apple Inc.

At last week's US Senate hearings, it was determined that despite being the company with the highest net worth in the world, an estimated $185 billion in 2013, Apple Inc. paid little or no corporate taxes on $74 billion over the last four years.

As reported in the New York Times, Congressional investigators found that some of Apple's subsidiaries had no employees and were largely run by top officials from headquarters in Cupertino, California.  But by officially locating them in places like Ireland, Apple was able to, in effect, make them stateless -- exempt from taxes, record keeping laws, and the need for the subsidiaries to even file tax returns anywhere in the world.

Evidently, the New Empire is being directed by the Boards of Corporate America's expatriated companies that reap the benefits of having achieved success in American markets, selling goods and services to Americans, employing workers educated in America, supported by a regulatory framework made in America, but who are now taking their money and running to embrace a limbo-like status that severs the civic ties between their corporate rights-holding status and the citizens at large.

Even though they owe the very existence to the legal charter granted by the citizens in which state they were incorporated and now enjoy the rights normally accorded to citizens, again enshrined by the publicly-funded justice system, these expatriated companies, like Apple Inc., have seceded  from the Union.

Indeed, many would identify corporations like Apple and General Electric with the United States but in reality they fly their own flags, and by their corporate behavior demonstrate that their primary allegiance is to their shareholders and not to the American citizens at large.

Saddled with a mountain of debt, witness to a crumbling infrastructure, hoping to eek out a meager existence from social security benefits, millions of Americans can only hope for a better future, while the financiers and members of the corporate executive class amass Great Gatsby-like fortunes in the absence of any empathetic bonds with their fellow citizens.

At the same time we witness the decline of the old American Empire founded upon the spirit of republicanism, we behold the rise and ascension of the New Empire anchored in the belief of unfettered individualism.

Indeed, a new, revised motto should be inscribed on the base of the Statue of Liberty:

Keep your tired, your poor, your huddled masses, yearning to breathe free, the wretched refuse of this teeming shore.  Keep these, the homeless, tempest-tost from me, while I slip out behind the golden door.